Last week we went bowling in Buddy bar in Liberec Arena to celebrate the 10th anniversary of CXI. It was a great event called "CXI Director's Cup". Who won and left the other teams far behind? Read on :) Isn't bowling fun for research facility employees? On the contrary. Some used their physics and mathematics knowledge to calculate the ideal path of the ball, and many of us preferred to close our eyes when throwing, hoping to hit something. 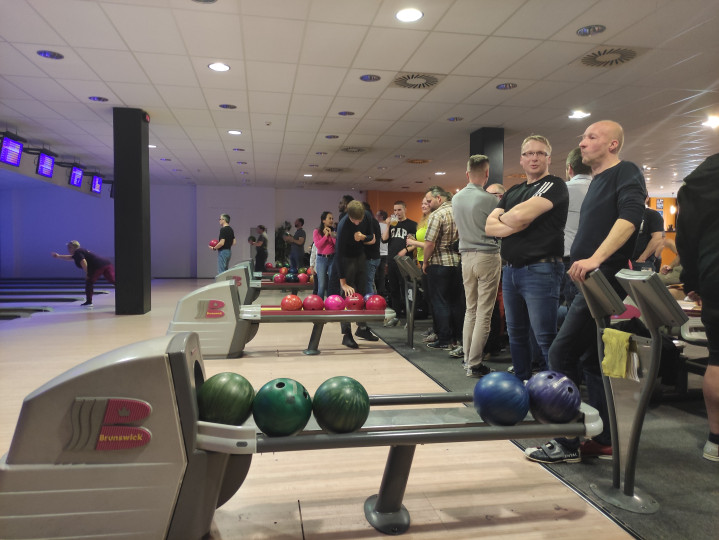 There was a healthy sense of competition in the air, the excitement of the expected number of pins thrown and also the smell of the buffet that was prepared for the tournament participants. 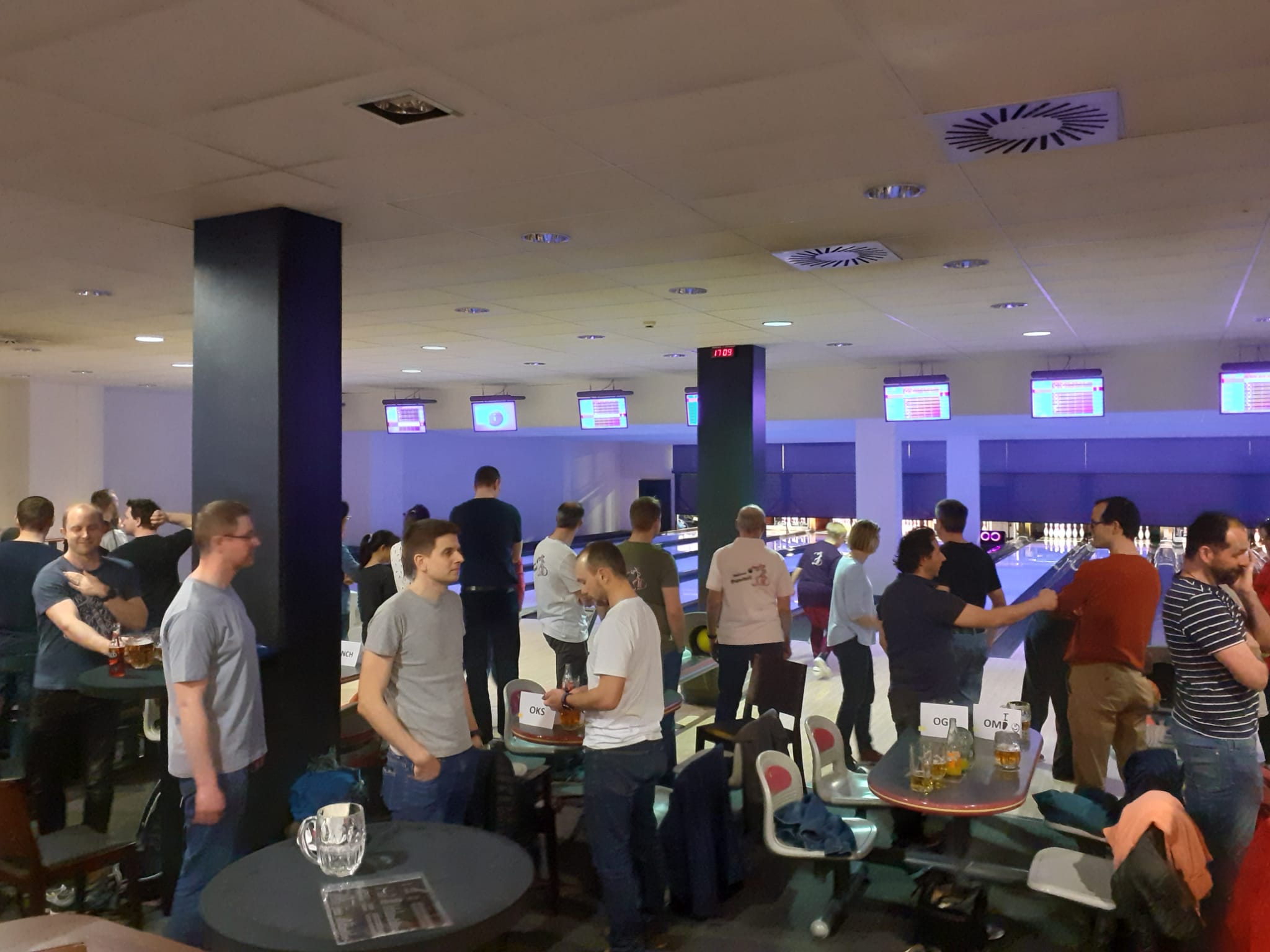 But the important thing was that we enjoyed it as much as possible, met outside the work environment and talked. Some of them even showed their "teacher" genes and very willingly helped and advised their teammates and opponents how to send the ball in the right direction (especially out of the "gutter"). 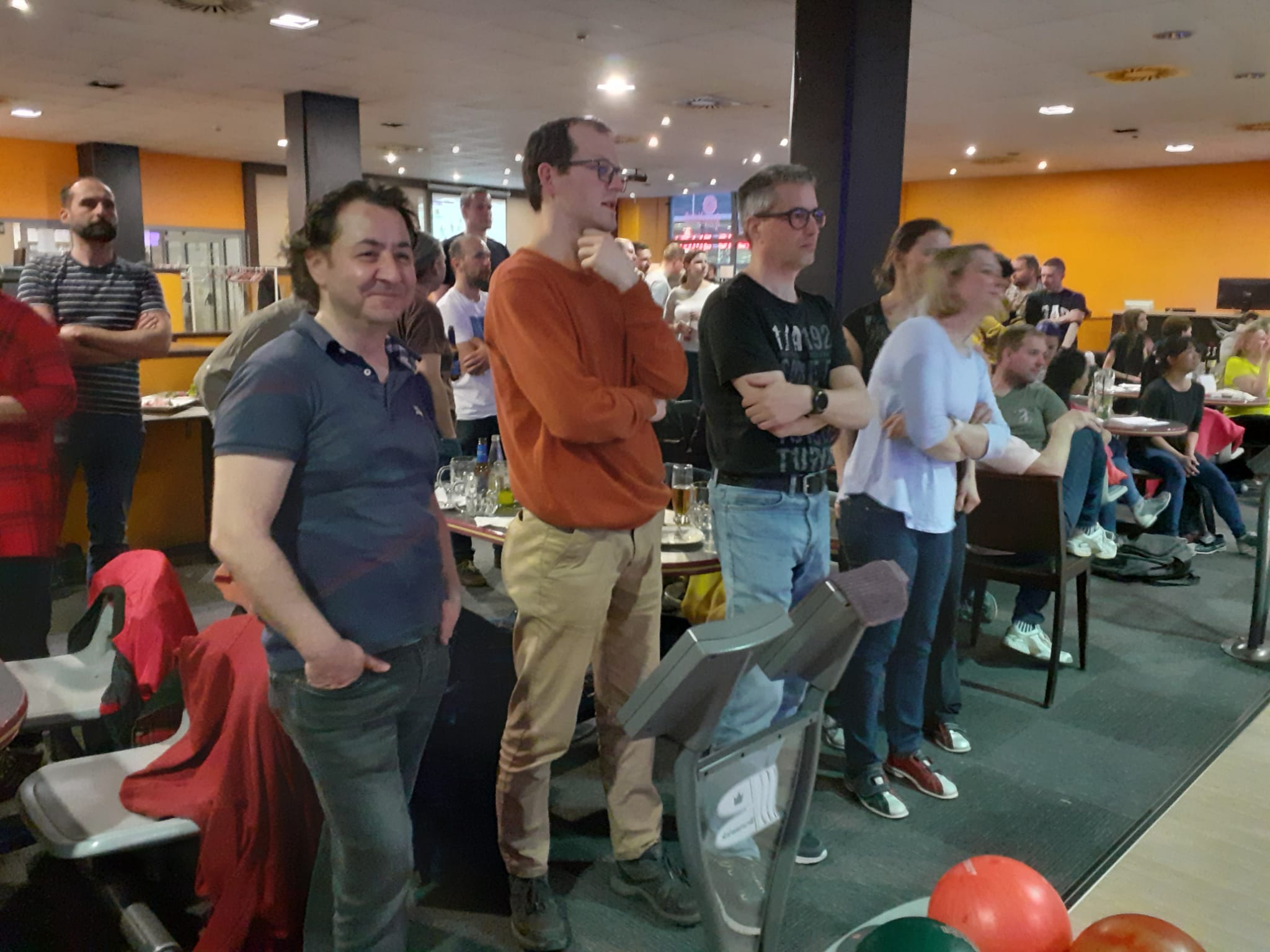 Visibly the greatest enthusiasm was noted in the foreign colleagues, who did not know this type of entertainment before and with great vigour tried to find the right throwing technique - hats off to them, they did it wonderfully.

The announcement of the results was made by the director, who presented the individual rankings with wit and enthusiasm. 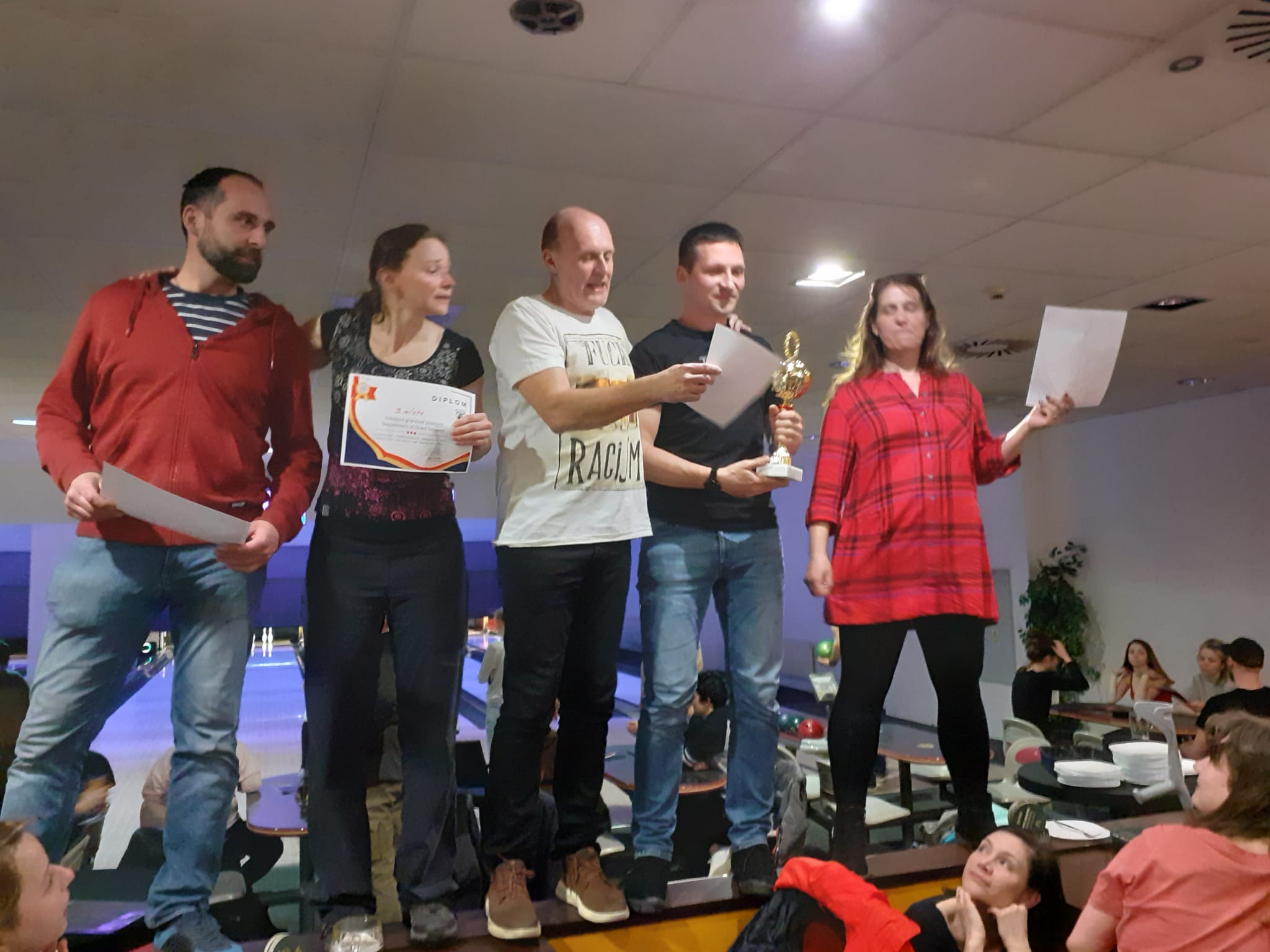 No one broke the local track record, but there were a lot of points accumulated overall. The winning team was the Department of Nanochemistry, and they received a beautiful traveling trophy for their well-deserved victory. 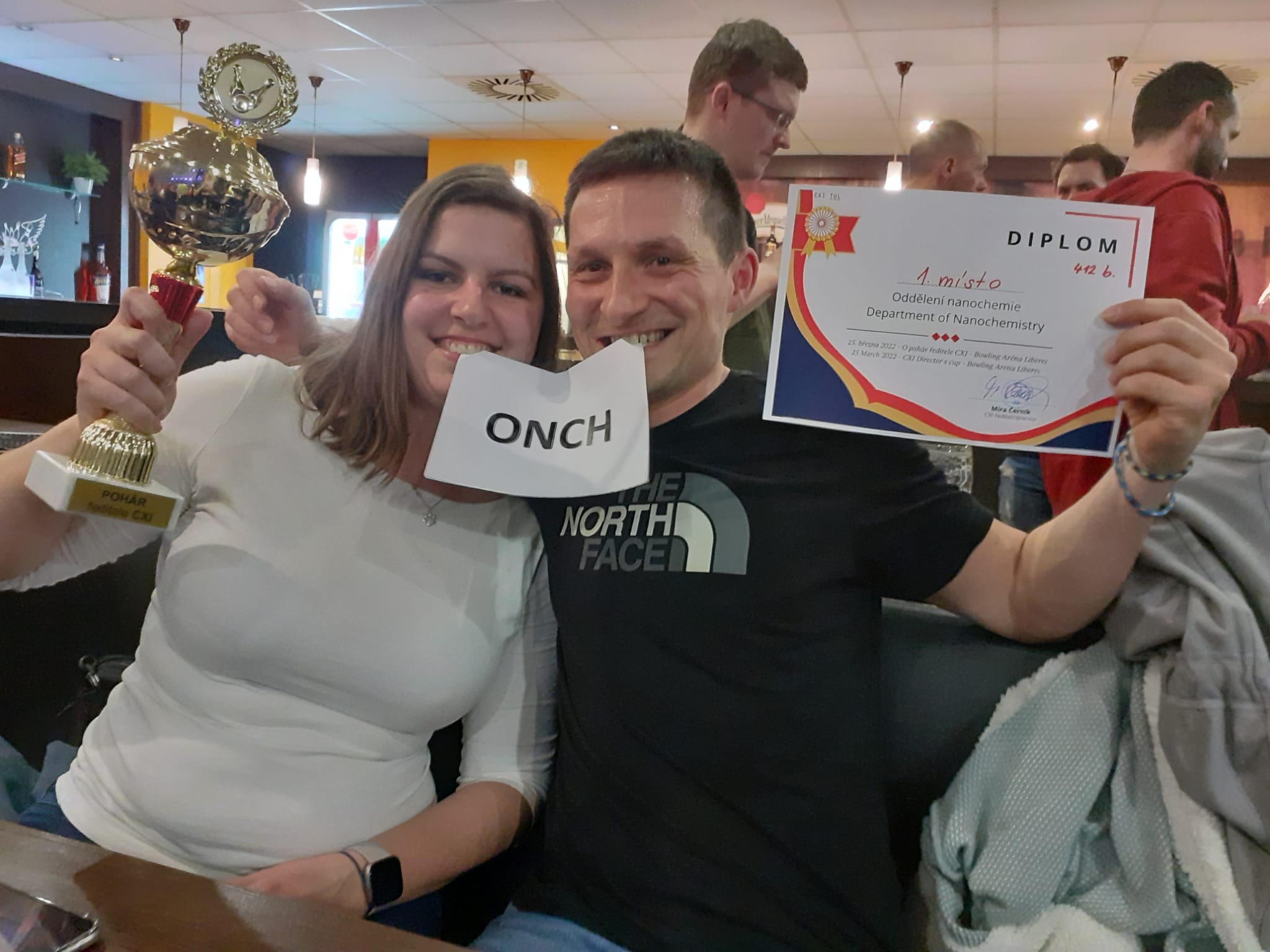 The Human Resource Development Division came in second and the Grant Support Division came in third. A total of 14 teams competed and each took home a diploma, experience and motivation for the next time. After the award ceremony, the fun continued, but that's not what this post is about... 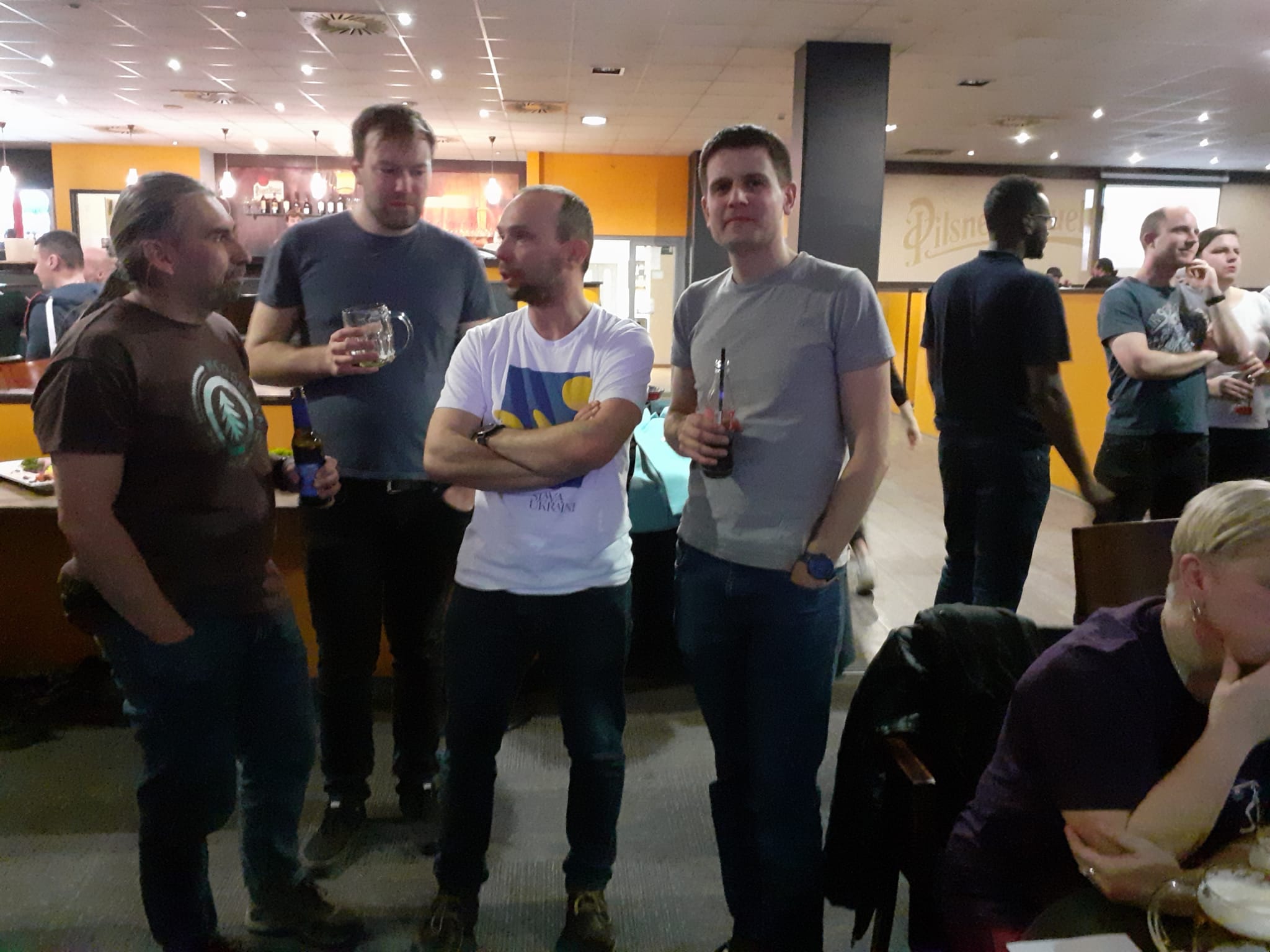 A big thank you to all the participants and the organizers of the event. We are looking forward to another equally successful one. It is important to celebrate and commemorate the birth of such an important institute as CXI and to create conditions for informal (non-work) introductions of colleagues. After all, where else to develop working relationships than outside the workplace, where there is no proper time for it? And what is the next event???