April contest: the wildest invention from CXI? The beer carousel!

April contest: the wildest invention from CXI? The beer carousel!

Nothing is impossible at CXI and all sorts of ideas are abound. There is no technological science fiction here. We have golden Czech heads and hands!

All we had to do was put up a challenge for the wildest invention from CXI and the inventing began immediately. Giving room to creativity is important and CXI is serious about it! The clever minds at CXI came up with six inventions.

Have you ever thought about drinking beer conveniently on the go? Have a face mask for all occasions, summer boots, a foot warmer or a green traffic light? Our scientists, researchers, and investigators have. 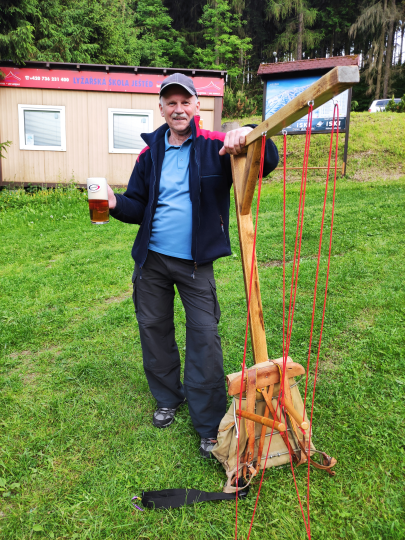 "'Beer' is one of the most popular products, which is why I decided to focus on it and adapt it to the demand," says the author of the winning design, inventor Jaroslav Sieratovski.

He spent almost two days developing the technology. The demand for the beer drinker has risen dramatically with spring temperatures and trips to the countryside, so they decided to address and convey it.

"Right now we are the only ones in the world who have this technology. It consists of a design trick that allows you to drink beer using a table controlled by strings and body movements," explains Miroslav Černík, director of CXI, who has personally tested the Beer Carousel. 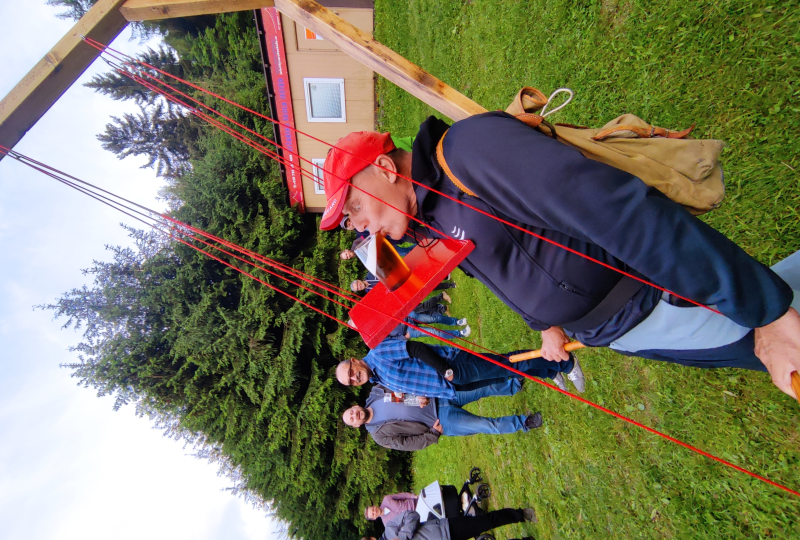 The result is a mechanical device that at first glance looks like a backpack with a holder, but if you pay close attention, you will find that you have to fasten the lap belt and then a second person has to place the beer on the table. Therefore, the Beer Carousel is not recommended for solo trips by individuals. You should always go at least in pairs. At the moment only a pint glass can be placed on the table, but "upgrades" to accommodate other beer containers will surely follow.

As much as the Beer Carousel excited the primarily male CXI crowd, the women appreciated the all-occasion face mask 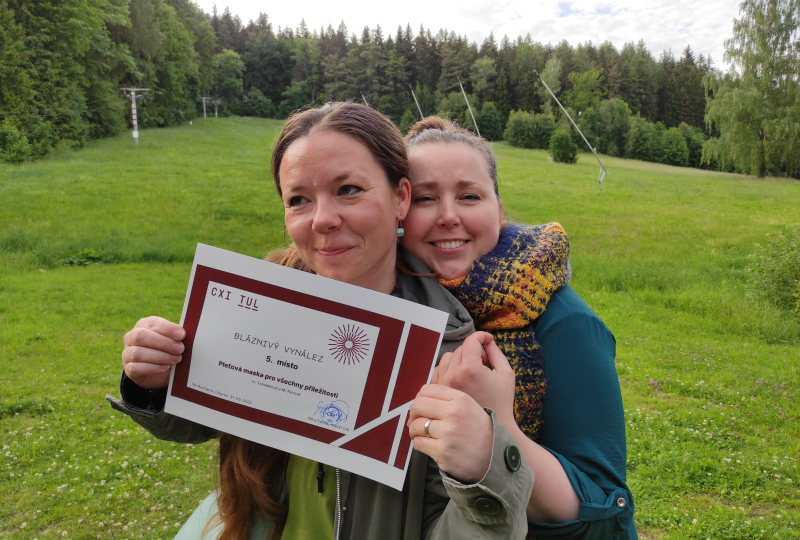 The jury awarded the TeFeet 3001 electric foot warmer as the 2nd craziest invention.

The 5th place was awarded for a face mask for all occasions for Mirka Rysová and Hana Tománková.

The 3 mentioned inventions - the heater, the boots and the traffic light - are the work of the author duo Pavel Kejzlar and Míša Petržílková 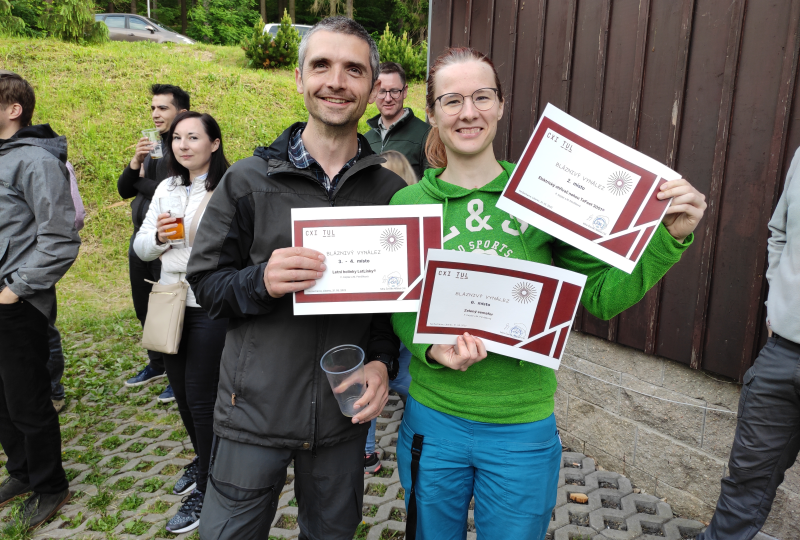 Make no bones about: to come up with so many of the craziest ideas means that our CXI researchers have the highest level of creativity bar none. Thanks for being there and continuing to create outside of your research projects. Congratulations to all of you!

Who among you doesn't have one of the most groundbreaking products from CXI? And don't you want to license and sell them outright?

We hope there will be more challenges like this and that CXI staff will develop their imagination beyond the limits of current scientific knowledge.